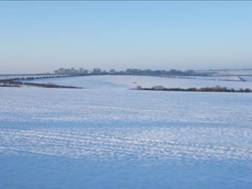 Winter, the season of cold, damp and dark causes the most difficulty for those whose predominant dosha is Kapha. Although Vata (ether and air) is also affected by the cold, it is only when this is accompanied by dry weather that it becomes more of a problem. That said those of a Vata constitution do need to stay warm. For Pitta types whose main element is fire, there is less suffering at this time than in summer.

Kapha translates as “mucus or phlegm”. Its main elements are water and earth and main sites in the body are the chest, throat, sinus and stomach. As a consequence increased congestion can occur as the days become colder and wetter. Ayurveda says that “like increases like”, so damp, heavy, cold weather or food will quickly increase the Kapha elements within the body and congestion of the body will eventually lead to congestion of the mind. Restricting the consumption of dairy and cold heavy food will help to reduce the impact of the winter environment, as will exercise. The bad news is that one of the other translations of Kapha is sweet which again, will increase congestion at any time of the year, so keep chocolate to a minimum.

We need to recognise that conditions such as bronchitis, sinus headaches and congestion, asthma and emphysema are said to be mainly Kapha based disorders and the symptoms will be increased by an inappropriate life-style, especially in the dark, cold days of winter. Exercise and movement are very important for those of a Kapha constitution who can easily become couch potatoes. If this sounds like your partner then it might be a good idea to hide the remote control sometimes or buy him a new spade for his birthday.

A Yoga practice containing strong postures, especially those that work with the middle and upper body such as the forward and back bends, fish, cobra, plough, shoulder stand (postural drainage) and the bow will all be of great benefit to those of a Kapha constitution.

So keeping warm, keeping moving and eating cooked meals with the addition of agni increasing spices such as black pepper should help to balance the Kapha dosha through the difficult winter months.

Stay warm and stay in the light. 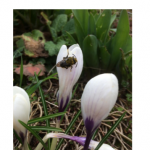 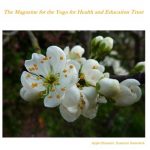